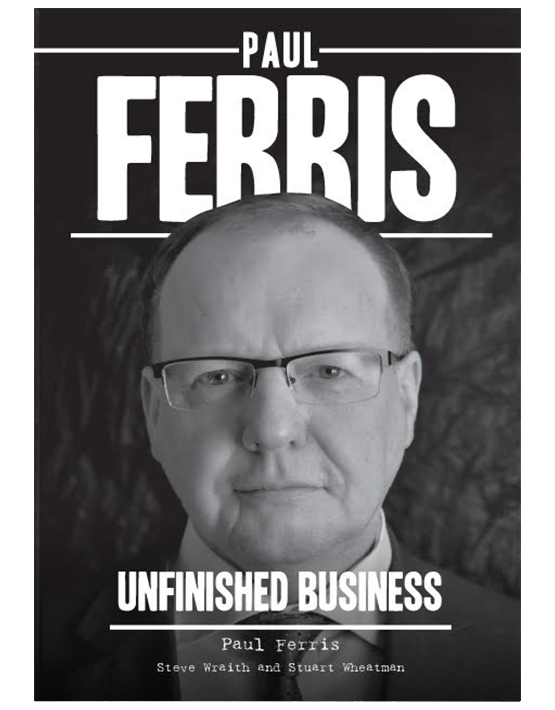 Please note this is a preorder. We are expecting delivery of this second print run at the end of Jan 2021.
Copies will be signed.

Unfinished Business was an idea conceived between Paul Ferris and writing partner Reg McKay. When Reg passed away in 2009, Paul got on with his life. A film, The Wee Man, was based on one of his books and released in 2013.

Three years later, a new alliance was formed between Ferris and true crime writers, Stuart Wheatman and Steve Wraith and the idea was reimagined. Paul wanted to pay tribute to Reg while revisiting the notion that he still had things he wanted to say. The book evolved.

In his most revealing book to date, Ferris finishes the journey he and Reg embarked upon. With his life of crime now behind him, he revisits key moments in his criminal career and replays them through philosophical eyes. He calls time on the gangster image, dispelling the myths surrounding organised crime in his city, and lifts the lid on his affiliation with Arthur Thompson – the so-called Godfather of Glasgow.

Paul strips away what we think we know, unveiling truths, exposing lies and reaffirming the police corruption that still exists today. Will he ever escape the big shadow he cast as the wee man? Is business ever truly finished?